The Annals of Philadelphia 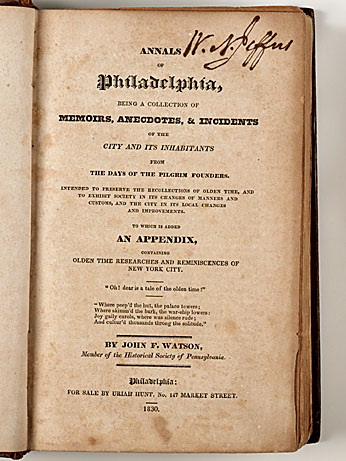 Here follows the text from the chapter "Apparel" from this excellent old book.

I hope you find it interesting as well as helpful

" We run through every change, which fancy
At the loom has genius to supply."